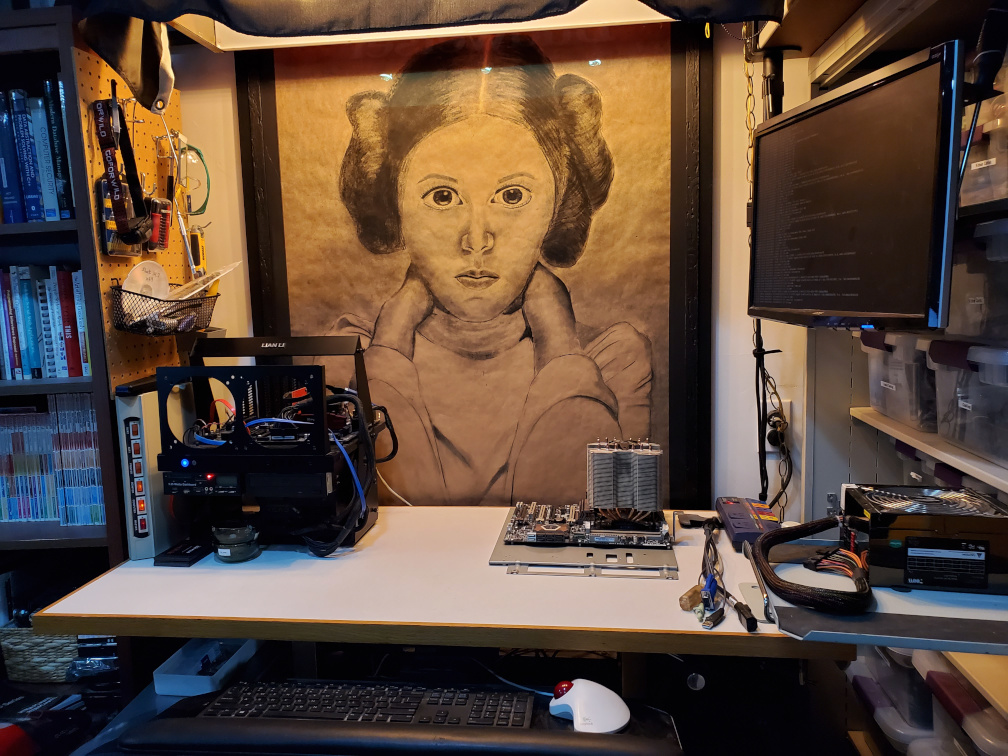 As 2022 Ends, A Review of December’s Progress

December 31, 2022 Attitude Getting Hired No Comments

This year was more than interesting.  I’ll ring in the New Year still looking for a new job.  I am upbeat and optimistic.  That being said, I won’t lie – there have been some serious lows.  Those lows have been tempered by some important accomplishments. Today I’d like to share (perhaps brag) a bit about those wins. I hope it gives those of you also looking for work some ideas on other tasks to invest your free time into.

The first item I did this month was to get organized, reach out to recruiters, and start working on a defined daily routine. I’ll publish an article on setting up a routine in the next few days. For the organization part, I’m able to stay on task and more efficient. It also gives me visibility to where I am in the process which helps the morale and mental health. My office is the cleanest and most organized it has ever been.

The most important item is that I’ve got conversations going with a large number of recruiters. Eight opportunities are interesting and past the first round. I’ve been here before – I know I need to not let off on the gas so to speak. There are also ten that are marked as delayed. A few are roles where they want me onboard but don’t have openings until late in Q1 or Q2. Most are ones where the I had a great conversation with the recruiter, sent them an updated resume, and have not heard back in two weeks or more despite sending several pings. I know on most of those I’ll never hear back even if I ping them again. This is an unfortunate reality of the process.

Qualified Out or on Hold

A handful of opportunities are already in the “Out” section. Either they wanted me in an office, the comp was too low, or I blew the interview.  Some more details:

I grew up learning that “the right tool is half the job.” Between my laptop and an older server those tools are refreshed, tuned and being put to good use. I’m having fun! We Sales Engineers are “paid to play” when it comes to technology.  The bigger the sandbox, the cooler the sand castles. 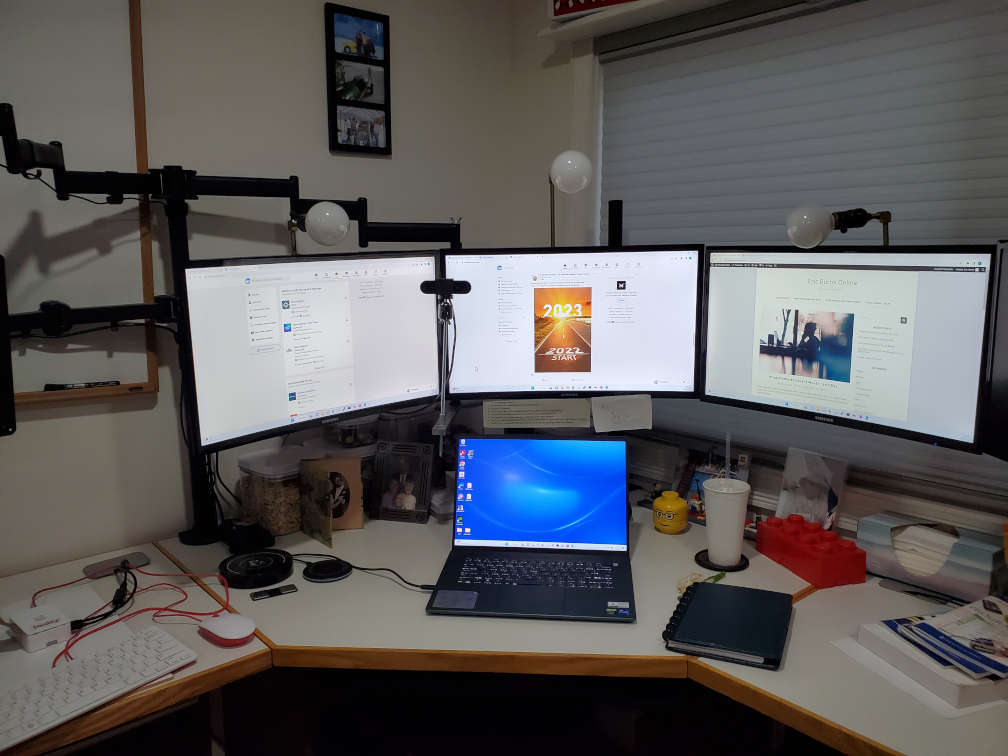 On the laptop, it has been refreshed. Several new applications are installed on it. Each time I build up a system I track what I’ve installed and any special configurations. Each time this makes it easier and faster to do. One hint – always document the items you want to be sure you backup before you wipe the system. Until you’ve vetted that list several times, always copy the entire drive contents to an external on or have the OS keep the old data.

Since I need to explore other technologies, I also turned up and refreshed an older server from when I built GarageCity. It has 160GB of RAM and 16 cores. For less than a family meal at McDonalds I can upgrade the CPUs to have a total of 32 cores. Right now I’ve got the system set up with an SSD Raid 1 array. The distro I use doesn’t come with GRUB. But GRUB makes a huge difference for running Xen for virtualization. Besides GRUB and RAID configured, I also had access to a couple of GTX-980 GPUs.  I’ll leverage them for some AI/ML projects. Still some more configuration to do there, but I’ve configured the NVIDIA part before. 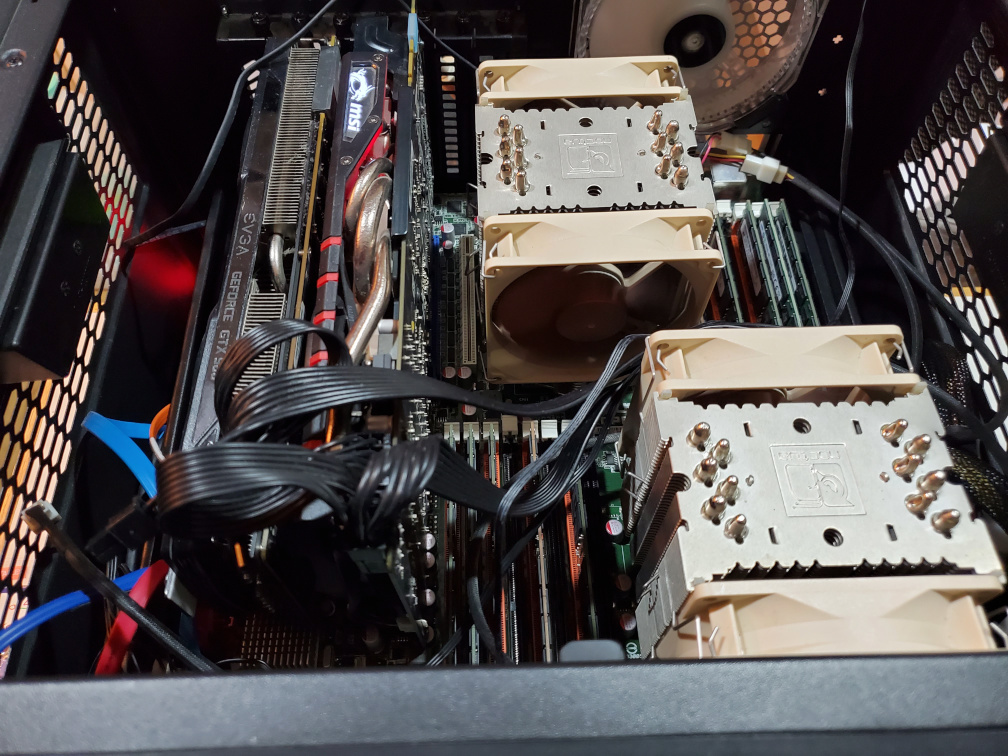 I mentioned Xen earlier. I’ll use this to virtualize the blog and demo servers in my office. I’ll be working on that concurrent with getting more experience with Kubernetes. With the GPUs I’ll be experimenting with AI/ML doing Text Classification and perhaps Generative Adversary Networks to create some images. A corpus of data is already collected for the AI/ML projects. Several scripts have been written in Python to start preparing the data.

I’ll also be building a job-search web based application I’ve had on the drawing board for a few years. Especially since I can see how well it works by leveraging an MVP for my own search. If you are looking for a Sales or Sales Engineering role in the New York or San Francisco area let me know in the comments.  I’ll send you an invite. First I need to get it far enough along to be useful.

The last item I want to mention is that I’ve really ramped up my writing. If you’ve gotten this far, you’ve gotten to learn a lot about what makes me tick and the type of work I can do. This visibility is critical to my search. During December I’ve published 10 articles on LinkedIn and 4 on my blog. I have also added or improved 21 drafts which proves it has become a true habit from this year.

It’s been a rollercoaster of a conclusion to 2022. I’m moving in the correct direction and know it is only a matter of time. If you too are also looking for work, see how you can augment that search with skill growth and career related projects.

#OpenToWork? Here is What I Can Offer

Building a Routine After a Layoff